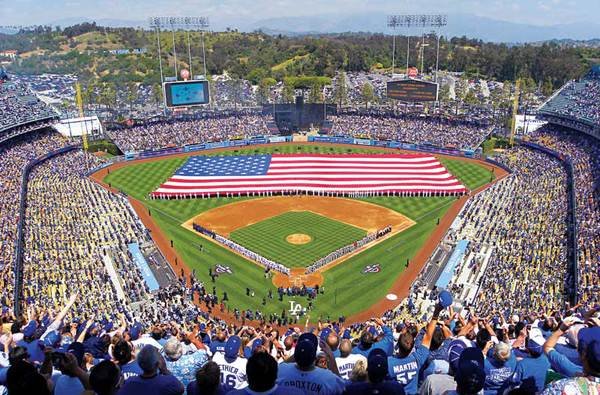 Dodger Stadium has been an attraction for fans around the world and local Los Angeles residents since it was constructed.

Established in 1962, baseball’s third-oldest stadium, Dodger Stadium remains one of the games most beautiful and historic venues.
With the capacity of 56,000 seats its an icon of American sports history and considered as home to some of the greatest baseball players. It offers parking for more than 16,000 automobiles and has 21 terraced parking lots adjacent to the same elevations as the six different seating levels. An opportunity to see the ballpark in a very unique fashion distinguishes this ballpark from the other stadiums in Los Angeles.

Visitors can enjoy an exclusive tour of Dodger Stadium before the start of the game for $30 on specific dates; one must have a game ticket and a tour ticket to attend the pregame tour.

Some highlights of Dodger Stadium tour are the following:

Los Angeles has arena’s and stadiums for numerous types of sports fans to indulge in.