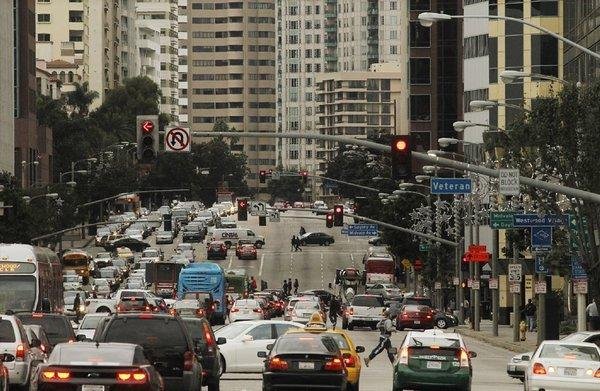 Brentwood is an affluent neighborhood in the Westside of Los Angeles has been the home of a large number of celebrities. Brentwood was part of the Rancho San Vicente y Santa Monica, a Mexican land-grant ranch sold off in pieces by the Sepúlveda family after the Mexican-American War. Originally part of a Mexican land grant, the neighborhood began its modern development in the 1880s and hosted part of the pentathlon in the 1932 Summer Olympics.

The district is located at the base of the Santa Monica Mountains, San Diego Freeway is situated on the east, in south Wilshire Boulevard is situated, the Santa Monica city limits on the southwest, the border of Topanga State Park on the west and Mulholland Drive along the ridgeline of the mountains on the north.

Marine breeze of Pacific Ocean influence the climate of Brentwood, inhabitants frequently wake to a “marine layer,” a cover of clouds brought in at night which burns off by mid-morning.

Beverly Hills, Bel Air and Brentwood are close neighborhoods are prosperous and attractive and famous as “Three Bs”.

The Sunset Fields Golf Club, known as the Brentwood Country Club hosted the running part of the modern pentathlon event in the 1932 Summer Olympics. Annual decoration of San Vicente Boulevard’s coral trees with holiday lights and a Maypole created every year on the lawn of the Archer School for Girls is the local traditional.
Average household income in 2008 was $112,927 which is at higher mark around the city and country. A large number of renters occupied 48.4% whereas owners held 51.6% of the housing stock, and house- or apartment.

Vicente Foods is an independently owned and operated grocery market that has served Brentwood for decades. Other local markets include Whole Foods and Ralphs.A popular area for dining and coffee for local residents is located in Brentwood Village at the intersection of Barrington and Sunset. A dozen restaurants and coffee shops are serving delicious cuisine within a two-block stretch.

Seven private and two public schools taking privilege to educate 33,000+ residents. By 2000, 70% of 25 and above aged acquired a four-year degree making it higher percentages across the county.