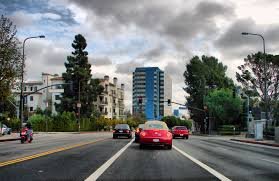 An older-aged neighborhood in the Los Angeles Westside is Beverlywood. The neighborhood is fringed on the north by Pico-Robertson, on the east by Mid-City, on the south by Palms and on the west by Cheviot Hills.

Beverlywood’s street and other borders are: north, Cashio Street and Airdrome Street; east. Canfield Avenue and Robertson Boulevard; south, Cattaraugus Avenue; and west, Beverwil Drive and the boundary with the Hillcrest Country Club.

The number of renters is relatively higher than the other neighborhoods 29.7% of the housing stock and house- or apartment owners held 70.3%. In 2000 there were 113 families headed by single parents, a low rate for the city and the county. Veterans who had served World War II and Korean War are among the county’s highest.

By 2000, 55% of Beverlywood residents aged 25 and older had acquired four-year degree which is high figure for both the city and the county. The percentages of residents of that age with a bachelor’s degree or a master’s degree were also considered high for the county. Three schools are serving within Beverlywood as well.