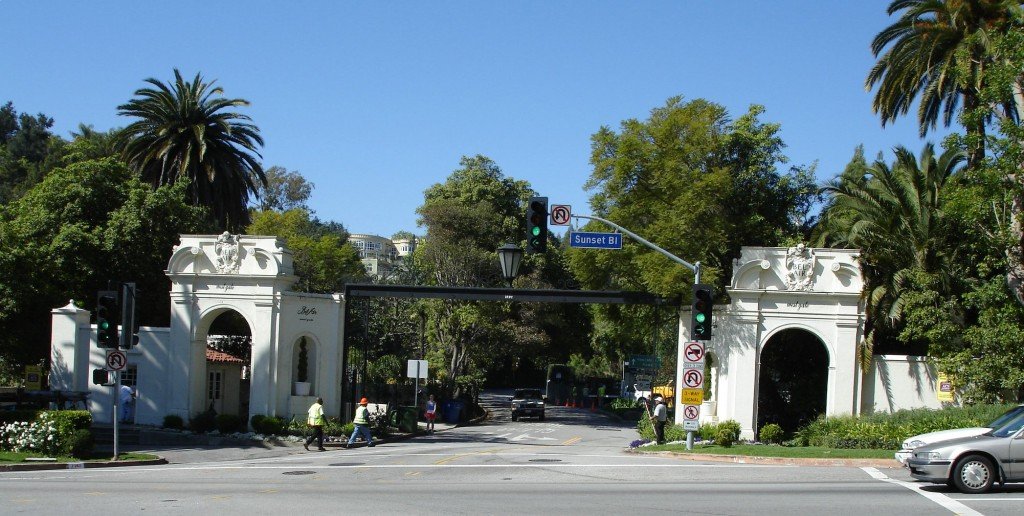 Bel-Air is a prosperous neighborhood in Westside Los Angeles which was founded in 1923 by Alphonzo E. Bell, Sr. The city is famous for television stars, filming location and even President Ronald Reagan had a property in Bel-Air. It is located across Sunset Boulevard from the University of California, Los Angeles, with a combination of four private and two public pre-collegiate schools along with American Jewish University.
Relatively modest ranch-style houses to large mansions are built there. In general, the higher up the mountain, the smaller the building lots, and more modest the houses. Ordinances regarding architectural styles, lot sizes and no permission for Multi-family housing help to preserve the area.

According to the census of 2000, 7,691 individuals resided in the 6.37-square-mile Bel Air neighborhood, makes the area among the lowest population densities in the United States. 8,253 was the tally in 2008 with median age of 46 and the city has highest percentage of 50 plus residents amongst the country.
$207,938 per annum is the highest figure for any neighborhood or city in Los Angeles County. 85.5% are the owners of house or apartments whereas 14.5% are spending life on rent. A bigger number 83% of whites are the residents of the neighborhood followed by 8.2% Asians.

Bel Air is situated about 12 miles (19 km) west of Downtown Los Angeles and includes some of the foothills of the Santa Monica Mountains. At Northern edge, there is main campus of the University of California across Sunset Boulevard. Bel-Air Country Club and Hotel Bel-Air are built in the heart of community. This region experiences warm and dry summers with maximum 71.6 °F average monthly temperatures.
Inspired by Kyoto gardens Hannah Carter Japanese Garden is located in Bel Air. Japanese made main gate, garden house, bridges, and shrine were reassembled here. Antique stone carvings, water basins and lanterns, as well as the five-tiered pagoda, and key symbolic rocks are also from Japan.