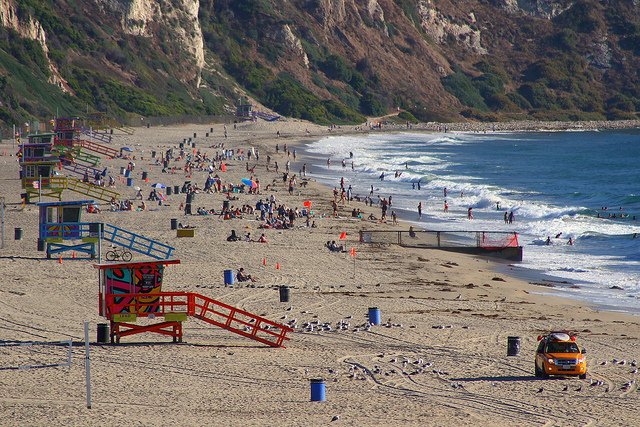 Torrance is a 20.5 square miles (53 km2) prosperous city in the southwestern region of Los Angeles, California, United States. The city has wonderful percentage of growth since its incorporation in 1921.

Torrance is well known for its low crime rates, the city consistently ranks among the safest cities in Los Angeles County.
Torrance has the second highest percentage of Japanese in North America (8.88%).

Torrance is a coastal community in southwestern Los Angeles County, sharing the climate and geographical features common to the Greater Los Angeles area.

One of the country’s few urban wetlands, the Madrona Marsh, is found in Torrance to explore. It is a nature preserve, on land once set for oil production and saved development, with restoration projects enhancing the vital habitat for birds, wildlife, and native plants. A Nature center provides activities, information, and classes for school children and visitors of all ages.

The Del Amo Fashion Center, at 2.5 million square feet (232,000 m²), is one of the five largest malls in the United States by gross leasable area. The current mall was created when Del Amo Center, built in 1958, merged with Del Amo Fashion Square, built in 1970. The Armed Forces Day Parade in Torrance, which was first produced in 1960, is the longest running military parade sponsored by a city. It is held annually on Armed Forces Day, and runs down Torrance Boulevard. The parade features military vehicles, school bands, and prominent community members.

Torrance City Parks looks after a number of parks in the city. The detail is as follows:

A library named after a former mayor, in Civic Center is being operated along with five other branches in city.

Torrance Unified School District bordered by the Palos Verdes Peninsula on the south, the cities of Redondo Beach and Gardena on the north, the City of Carson on the east and the Pacific Ocean on the west. The district’s jurisdiction includes approximately 21 square miles and it operates 17 elementary schools, eight middle schools, five high schools, three adult education centers, and a child development center.