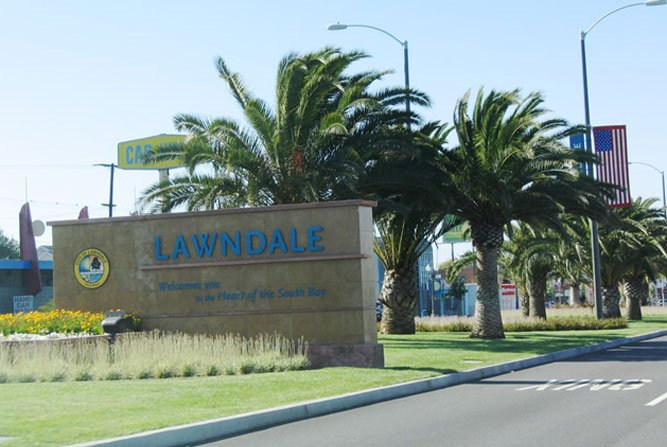 Lawndale is a 2.0 square miles (5.2 km2) city in the South Bay region of the Greater Los Angeles Area, California.

Lawndale is flanked with Redondo Beach on the west and southwest, Hawthorne on the north, Torrance on the southeast, and unincorporated area of El Camino Village on the east.

Lawndale experiences nice and warm weather with moderate rains in winter. Formation of the Palos Verdes Peninsula and its proximity to the beach make effects of the marine layer on almost identical, if not slightly lower levels of nearby beach cities Manhattan Beach and El Segundo.

In Lawndale had 10,151 housing units with average density of 5,141.9 per square mile. 34.4% of the house were occupied by owners whereas larger part 65.6% were occupied by renters. Median household income was $48,727, with a relatively high percentage 16.7 of the population living below the federal poverty line.

Environmental Charter High School is a charter school in Lawndale.