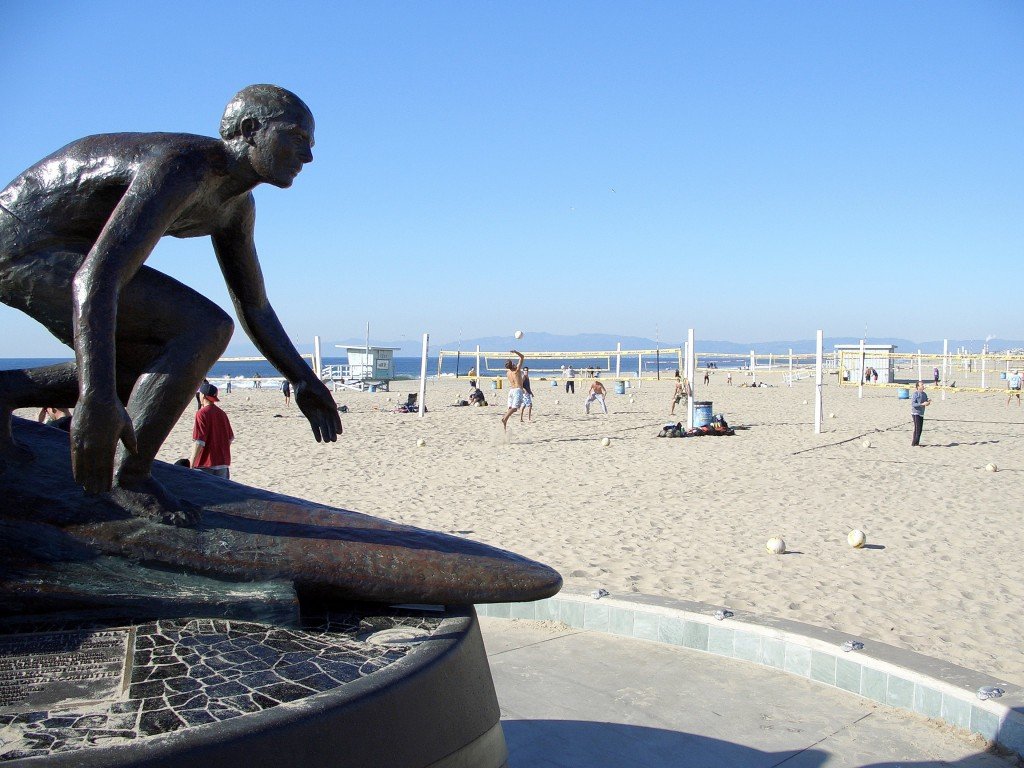 Hermosa Beach is a prosperous city in Los Angeles, California. It is one of the three beach cities and located in the South Bay region of the greater Los Angeles area.

The beach is famous for sunbathing, beach volleyball, surfing, paddle boarding and bars. The city itself extends only about 15 blocks from east to west and 40 blocks from north to south, with the Pacific Coast Highway running down the middle. The city experiences temperature is 70 degrees in the summer and 55 degrees in the winter.

A paved path, called The Strand, runs along Hermosa’s beach from Torrance Beach in the south approximately twenty miles north to Santa Monica and the Hermosa Beach pier is at the end of Pier Avenue, which is one of the beach community’s main shopping, eating and partying areas.

Hermosa Beach has an average of 325 days of sunshine a year. Because of its location, nestled on a vast open bay (Santa Monica Bay), morning fog and haze is a common phenomenon in May, June and early July. The rainy season is from late October through late March. Winter storms usually approach from the northwest and pass quickly through the Southland. There is very little rain during the rest of the year. Hermosa Beach usually enjoys a cool breeze blowing in from the ocean, keeping the air fresh and clean. Therefore, smog is less a problem for Hermosa Beach than elsewhere around Los Angeles.

The wide flat beach makes Hermosa Beach one of the most popular places to play beach volleyball, from professional to amateur. Hermosa Beach is home to the AVP Hermosa Beach Open tournament, and several amateur CBVA tournaments during the year. The Strand stretches north into Manhattan Beach and south into Redondo Beach and is a popular place for walkers, joggers and biking. Of the three Beach Cities, only Hermosa Beach owns its own beach. The other two cities’ beaches are owned by the county of Los Angeles.

There are eight parks for the inhabitants of Hermosa Beach:

In 2005, Hermosa Valley and Hermosa View schools were honored as U.S. Department of Education National Blue Ribbon Schools, along with 33 California schools and less than 300 schools across the nation. The award was based on academic achievement. Hermosa schools are among the top 10% of schools in the state with students scoring at or above the 90% in the highest grade tested in reading and math. For the award, the Department of Education reviewed growth in scores over a three-year period.

The district has two schools:

At the high school level, public school students can choose between two schools:

The Hermosa Beach City School District as a whole received a score of 915 on the 2006 California Academic Performance Index, neighboring Manhattan Beach Unified School District scored just below at 906 making it one of California’s best performing districts. Each individual school also ranks at the top of its respective category.

The Los Angeles County Fire Department has a sectional lifeguard headquarters located at the Hermosa Beach Pier since the new building opened its doors since 2006, currently commanded by Capt. Tracy Lizzotte who leads the entire “TEAM HB” as part of “TEAM SOUTH” in the L.A. County Lifeguard. Currently located at 1200 The Strand housed a lifeguard garage where response vehicles have parked.