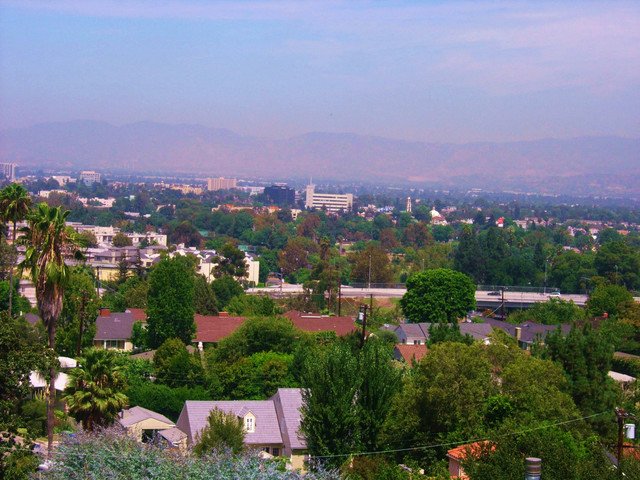 Studio City is a neighborhood in San Fernando Valley, Los Angeles, California, The neighborhood is named after the studio lot known as CBS Studio Center established in 1927.

The neighborhood is adjacent with Valley Village on the north, Toluca Lake and Universal City on the east, Hollywood Hills West on the south, Beverly Crest on the southwest and Sherman Oaks on the west.

According to the United States census of 2000, 34,034 residents in the 6.31-square-mile Studio City neighborhood or 5,395 people per square mile, among the lowest population densities for the city. The median age of residents was 38 which is old for both county and city.

Per annum median household income was $75,657 in 2008 a relatively high number for the city. The percentage of households that earned $125,000 and up was high for Los Angeles County. Household size is lower in county and city as it consist of 1.9 people per household. Housing stock, apartments and single family houses were held by the owners were 44.1% whereas renters were occupied over the remaining 55.9%.

Half of Studio City residents aged 25 and older had earned a four-year degree by 2000, a high percentage for both the city and the county.
Schools in Studio City boundaries are:

The Studio City Recreation Center is known as Beeman Park. The services that park offers are; an auditorium, barbecue pits, a lighted baseball diamond, an outdoor running and walking track, lighted outdoor basketball courts, a children’s play area, picnic tables, unlighted tennis courts, and many programs and classes including the second-largest youth baseball program in the public parks.
Moorpark Park, an unstaffed pocket park in Studio City, has a children’s play area and picnic tables.
Woodbridge Park on the eastern border of Studio City has a children and toddler’s play area.
Wilacre Park, an unstaffed park, is in Studio City.
Along with those parks, Studio City has an unstaffed Mini-Park.