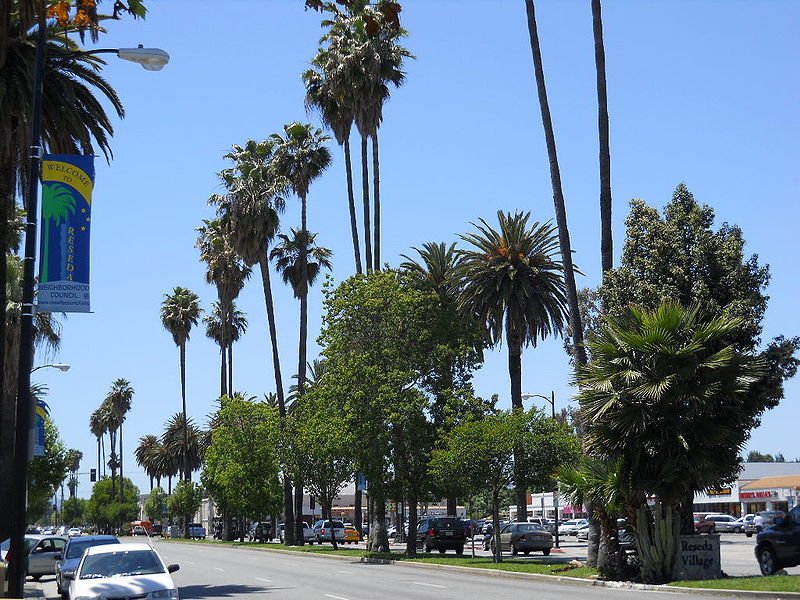 Reseda, a neighborhood founded in 1912 in the San Fernando Valley, Los Angeles, California. It had been associated to agriculture for a long time. The neighborhood was also struck twice by the earthquake in 1971 and 1994.

The neighborhood is bordered with Northridge on the north, Lake Balboa on the east, Tarzana and Encino on the south and Winnetka on the west. Roscoe Boulevard, White Oak Avenue, Victory Boulevard and Corbin Avenue are the street boundaries of Reseda.

By 2000, 19% inhabitants were aged 25 and older with a four-year degree which is an average number for county and city. There are 15 public and 5 private schools serving Reseda. List of public schools is as follows:

Reseda Country Club located at the intersection of Canby Avenue and Sherman Way, hosted a famous concert Boogie Nights fame during the Los Angeles punk rock and new wave scenes of the 1980s.

Reseda has a Park and Recreation Center which is developed at the corner of Reseda and Victory Boulevards. The facilities provided at the center are; has barbecue pits, a lighted baseball diamond, lighted outdoor basketball courts, a children’s play area, a community room with a capacity of 200, picnic tables, an outdoor unheated seasonal pool, table tennis, lighted tennis courts, and lighted volleyball courts. The Park hosts a decorative lake for fishing and a large duck pond.
Operated by the Park, a Multipurpose Center developed for senior citizens next to the Recreation Center which offers some programs for the seniors.

A branch of the Los Angeles Public Library is also established at Reseda.