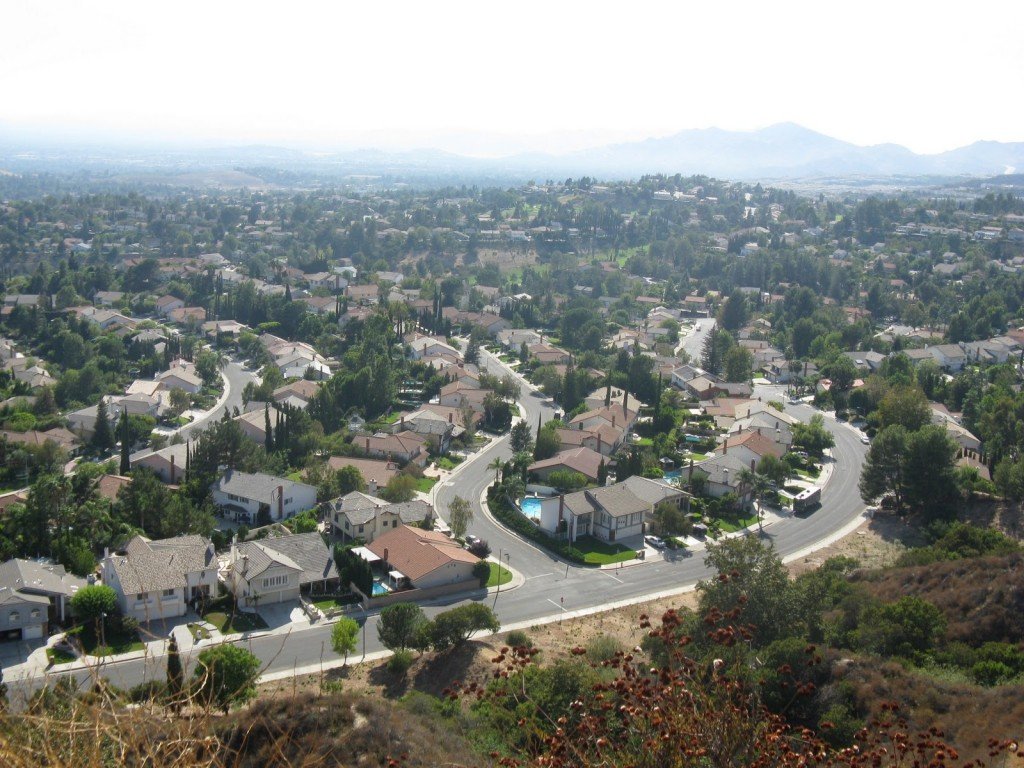 It is flanked by Brown’s Canyon/Chatsworth on the south and west, Northridge on the south, and Granada Hills on the north and east, on the north Santa Susana Mountains are located.
The principal thoroughfares are Mason Ave., Corbin Ave., Porter Ranch Drive, Tampa Ave. and Reseda Blvd., running north-south, and Sesnon Blvd., Rinaldi St. and the Ronald Reagan Freeway (State Route 118), running east and west.

As per United States census of 2000, total number of inhabitants was 24,923, and 4,462 people were living in per square mile as the neighborhood spreads on 5.59 square miles. These number makes Porter Ranch in the lowest density neighborhoods of Los Angeles. With time number goes up and the tally increased to 30,571 in 2008. 3 was the average household size, pretty much similar to the rest of the county and city.The neighborhood has high percentage of White and Asians. The breakdown was 60.9% White, 26.8% Asian, 7.5% Latino, 1.8% black and 3.0% other races.

In 2008, median household income was $121,428 which is high figure both for county and city. Some other neighborhoods in Los Angeles such as Bel-Air, Hidden Hills and Rolling Hills were comparable in terms of household incomes. The neighborhood is rated the wealthiest region in the San Fernando Valley followed by Encino. Housing stock, houses and apartments held by the owners were 91.8% whereas renters occupied 8.2%.

By 2000, 51% residents aged 25 and older had earned a four-year degree, a high percentage for the city. A library is being operated by Los Angeles Public Library.
There are only two public schools in Porter Ranch whereas no private school is established in the neighborhood;