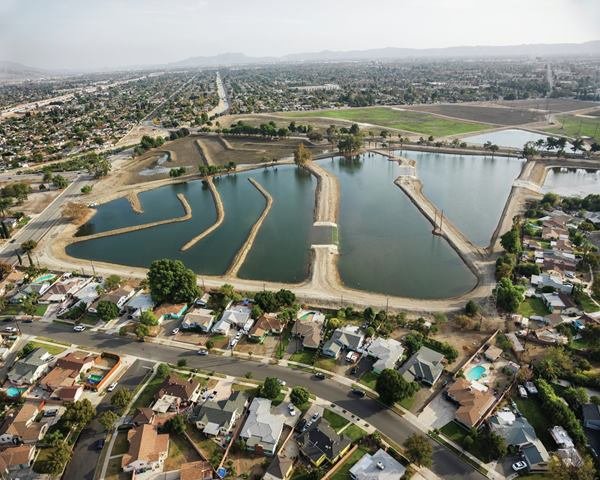 Pacoima is adjacent with Mission Hills on the west, Arleta on the south, Sun Valley on the southeast, Lake View Terrace on the northeast, and San Fernando city on the north.

San Fernando Road, Van Nuys Boulevard, and Laurel Canyon Boulevard are the major transport routes. California State Route 118 (Ronald Reagan) runs through it, and the neighborhood is bordered by the I-5 (Golden State).
The Los Angeles County Metropolitan Transportation Authority (LACMTA) operates bus services in Pacoima. Whiteman Airport, a general aviation airport owned by the County of Los Angeles, is located in Pacoima.

Los Angeles Public Library is being operated by Pacoima Branch Library in Pacoima. In 2000, the library was spread over 5,511 square feet with 50,300 books.

High education is a concern in the neighborhood as only 4.2% population aged 25 and older had earned a four-year degree by 2000 which is low both in the county and city.
There are three high schools for students of Pacoima; San Fernando High School, Sun Valley High School and John H. Francis Polytechnic High School. The public schools in the neighborhood are;

The private schools in the Pacoima are;