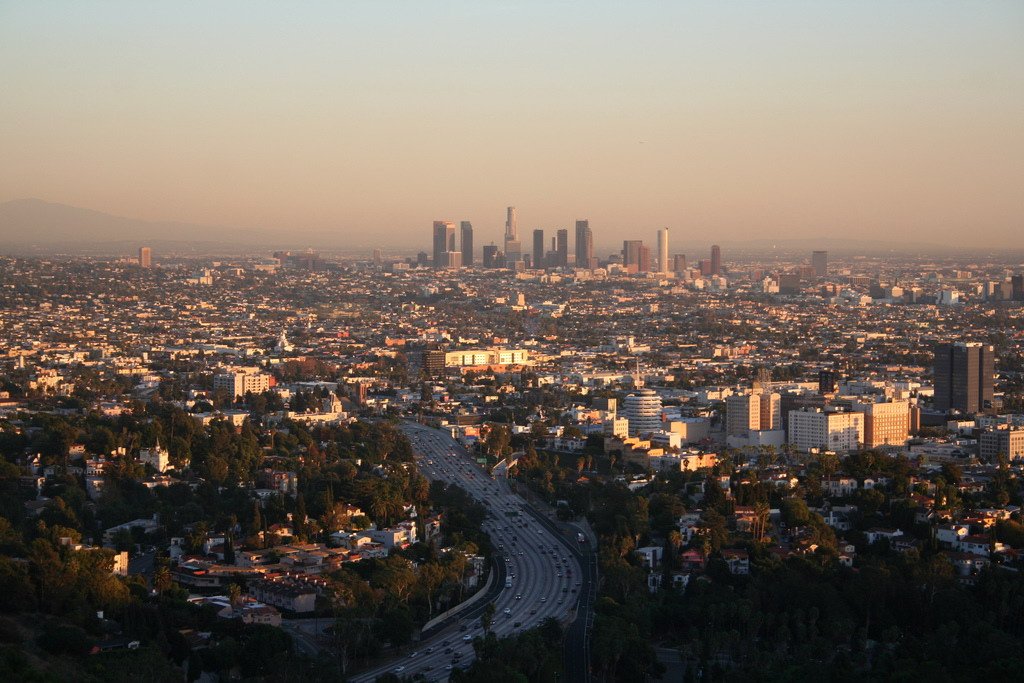 North Hollywood is flanked by Sun Valley on the north, Burbank on the northeast and east, Toluca Lake on the southeast and south, and Studio City on the southwest. Valley Village and Valley Glen are bordered on the west.

In 2008, median household income was $42,791, a low number in the county but average for the city. The percentages of households that earned $40,000 or less were high for the county. Housing stock and apartments held by owners were 24.6% whereas the renters occupied 75.4%.

18% inhabitants aged 25 and older had earned a four-year degree by 2000. An adult Learning Center, LAUSD Adult Education is located at 10952 Whipple Street. North Hollywood is served by eleven public and eight private schools. List of public schools is as follows:

The private schools are;

North Hollywood has a municipal park and a recreation center. The Recreation Center has some portion in Valley Village. The park offers an auditorium, lighted indoor baseball diamond courts, lighted outdoor baseball diamonds, lighted outdoor basketball courts, a children’s play area, lighted handball courts, picnic tables, an outdoor unheated seasonal pool, and lighted tennis courts. In addition the center has an indoor gymnasium which can be used as a second auditorium and a community room with the capacity of 250 people.
The Valley Plaza is another Recreation Center in North Hollywood, it includes an auditorium, barbecue pits, a lighted baseball diamond, lighted outdoor basketball courts, a children’s play area, a community room for 40 persons, a lighted American football field, an indoor gymnasium without weights, an outdoor gymnasium without weights, picnic tables, lighted tennis courts, and unlighted volleyball courts. Another Park is Jamie Beth Slavin Park which is unstaffed and unlighted, it offers outdoor basketball courts, a children’s play area, and picnic tables.