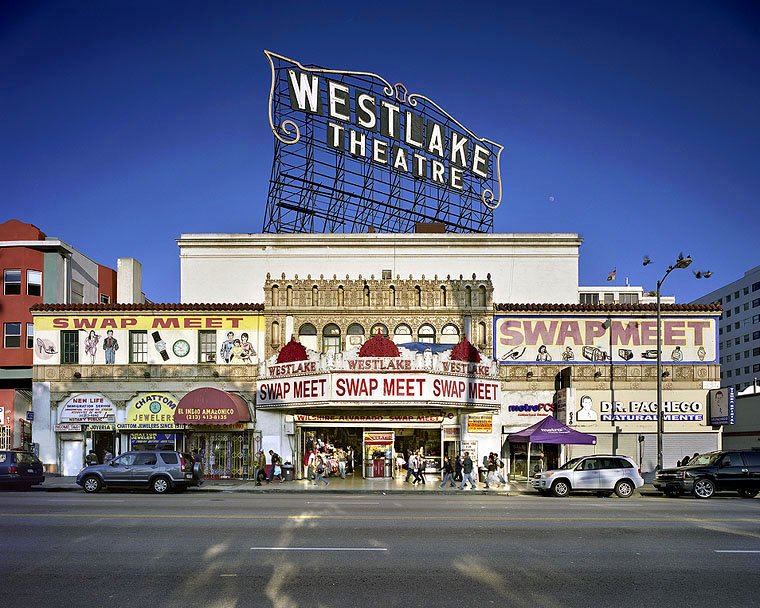 Westlake is a high-density, youthful, and commercial neighborhood in Central Los Angeles, California. It was developed in the 1920s, it is known for its restaurants.

The 2000 U.S. census counted 108,839 residents in the 2.72-square-mile neighborhood—an average of 38,214 people per square mile, the second-highest density of any community in Los Angeles County, after Koreatown. In 2008 the city estimated that the population had increased to 117,756. The median age for residents was 27, considered young for both the city and the county.

The median household income in 2008 dollars was $26,757, a low figure for Los Angeles, and a high percentage of households earned $20,000 or less. The average household size of three people was about the same as the rest of the city. But many of its elegant mansions have been turned into apartments, and many new multiple-occupancy buildings have been constructed. Renters occupied 94.9% of the housing units, and house- or apartment owners just 5.1%.
The percentages of never-married men and women, 47% and 36.4%, respectively, were among the county’s highest. The 2000 census found 5,325 families headed by single parents, a high rate for both the city and the county. There were 2,591 military veterans in 2000, or 3.5%, a low figure for Los Angeles.

One-eighth of Westlake residents aged 25 and older had a four-year degree in 2000, a low rate for both the city and the county. The percentage of residents with less than a high school diploma was high for the county.

Schools operating within the Westlake borders are:

In addition to MacArthur Park, Westlake plays host to a number of Los Angeles landmarks. In the 1980s, a former Pacific Electric tunnel near 1st Street, the Belmont Tunnel / Toluca Substation and Yard, became a famous canvas for graffiti artists, drawing visitors from around the world. The tunnel entrance and the yard around it have been demolished and a large apartment/condo complex called Belmont Station Apartments has been built at the site.