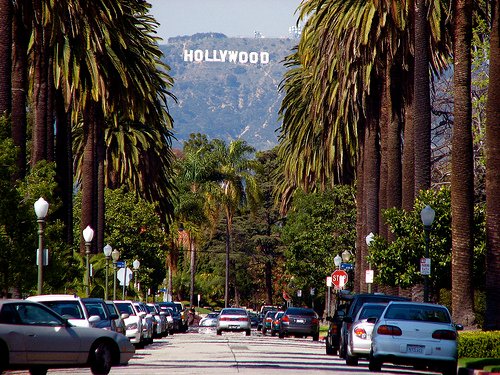 Mid-Wilshire is a densely populated residential neighborhood in the central region of Los Angeles, California. Its commercial and public-use areas also make it the site of world-class museums and research centers and of widely known shopping districts and restaurants.

Mid-Wilshire is flanked by: Fairfax, Hancock Park, and Windsor Square to the north; Koreatown, and Arlington Heights to the east; Mid-City to the south; and Mid-City West, Carthay, and Beverly Grove to the west.

The neighborhood is bounded on the north by West Third Street, on the northeast by La Brea Avenue and Wilshire Boulevard, on the east by Crenshaw Boulevard, on the south by Pico Boulevard and on the west by Fairfax Avenue.
The 2000 U.S. Census counted 41,683 residents in the 2.78-square-mile neighborhood—an average of 14,988 people per square mile, among the highest population densities for the city and the county. In 2008 the city estimated that the population had increased to 47,176. The median age for residents was 34, about the city’s average.

The median household income in 2008 dollars was $58,483, average for Los Angeles. The average household size of 2.1 people was low for Los Angeles. Renters occupied 78.3% of the housing units, and home- or apartment owners the rest.

Mid-Wilshire residents aged 25 and older holding a four-year degree amounted to 45.2% of the population in 2000, a high rate for both the city and the county. The percentage of residents with a master’s degree was also high.

The schools operating within Mid-Wilshire are:

Los Angeles County Museum of Art, the Page Museum, Hancock Park and the La Brea Tar Pits on the north side of Wilshire Boulevard between Fairfax and Curson avenues.

Petersen Automotive Museum, on the southeast corner of Wilshire Boulevard and Fairfax Avenue. One of the world’s largest automobile museums, the Petersen is a nonprofit organization specializing in automobile history and related educational programs.

Harold A. Henry Park, named after the former city councilman, at Ninth Street and Plymouth Boulevard.