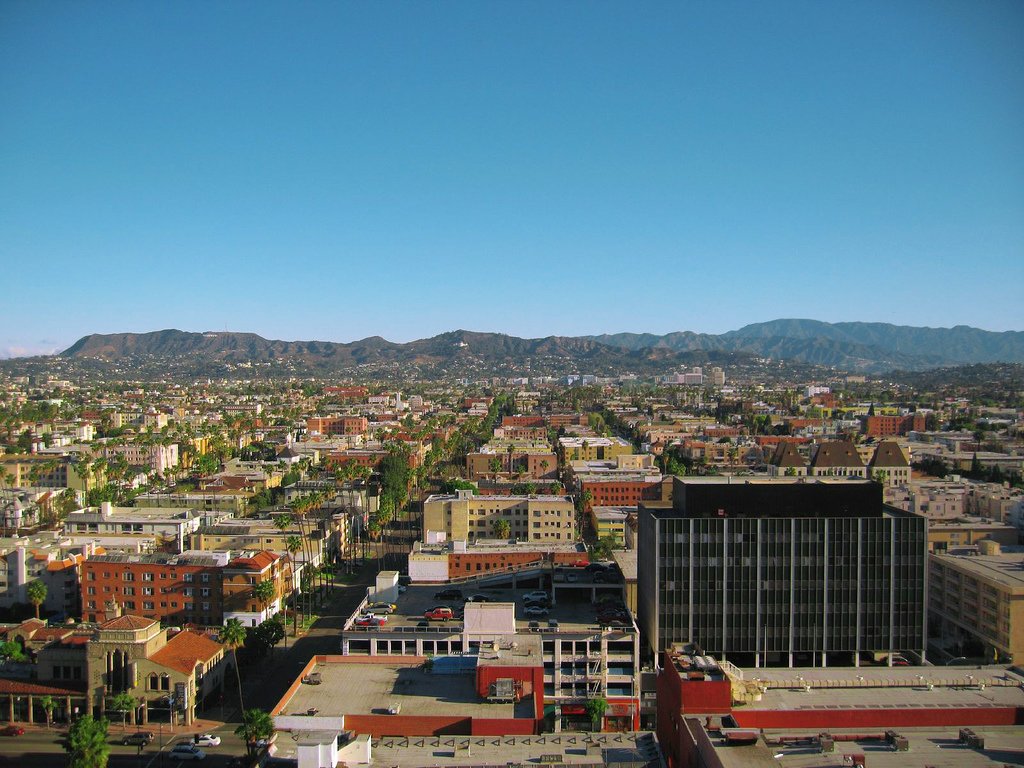 Koreatown is a neighborhood in Central Los Angeles, California, centered near Eighth Street and Western Avenue. When Koreans began immigrating in much larger numbers in the 1960s, they found housing in the once-glamorous mid-Wilshire area. Many opened businesses also as they found inexpensive rent here and they could cater to the growing Korean population. Many of the historic Art deco buildings with terra cotta facades have been preserved simply because the buildings remained economically viable for the new businesses.

It is the most densely populated district by population in Los Angeles County, with some 120,000 residents in 2.7 square miles. While the name evokes a traditional ethnic enclave, the community is complex and impacts areas outside the traditional boundaries. While the neighborhood culture has historically been oriented to the Korean immigrant population, Korean business owners are creating stronger ties to the Latino community in Koreatown as the Latino population is booming. The community has become highly diverse ethnically, with half of the residents being Latino and a third being Asian. Two-thirds of the residents were born outside of the United States, a high figure compared to the rest of the city.

Koreatown is flanked by East Hollywood to the north, Westlake to the east, Pico-Union, Harvard Heights and Arlington Heights to the south, Mid-Wilshire and Windsor Square to the west and Larchmont to the northwest. The street boundaries are Beverly Boulevard on the north, Virgil Avenue, Wilshire Place and Westmoreland Avenue on the east, Olympic Boulevard on the south and Crenshaw Boulevard and Wilton Place on the west.

The 2000 U.S. census counted 115,070 residents in the 2.7-square-mile neighborhood—an average of 42,611 people per square mile, the highest density of any community in Los Angeles County. In 2008, the city estimated that the population had increased to 124,281. The median age for residents was 30, an average age for both the city and Los Angeles County.

The median annual household income in 2008 dollars was $30,558, a low figure for Los Angeles, and the percentage of households that earned less than $20,000 was high. The average household size of 2.7 people was about the same as the rest of the city. Renters occupied 93% of the housing units, and house- or apartment owners the rest.

Koreatown residents aged 25 and older with a four-year degree amounted to 21.4%, an average rate for both the city and the county. The percentage of residents with less than a high school diploma was high for the county.

Schools operating within the Koreatown borders are: