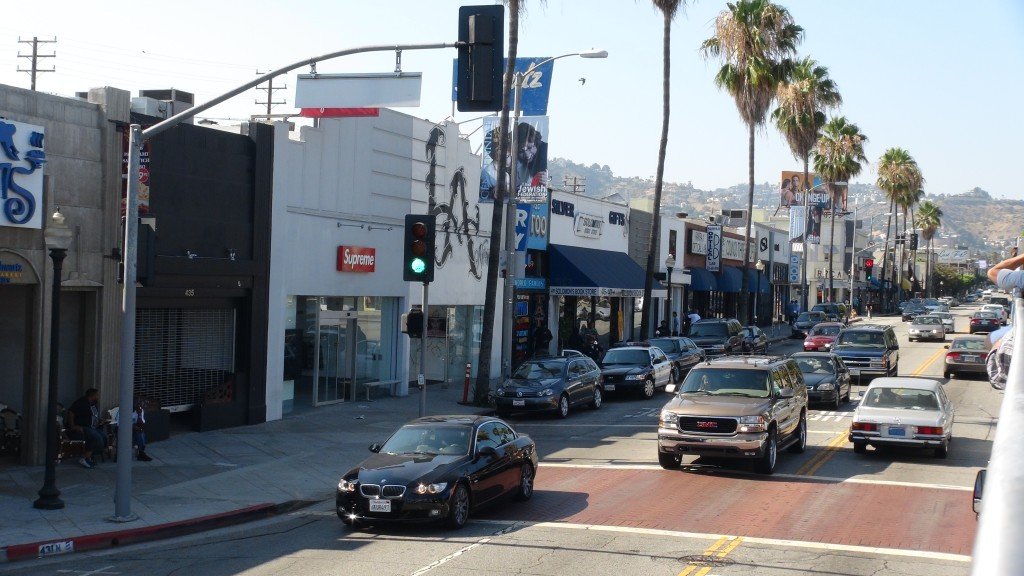 The Fairfax District is a 1.23-square-mile neighborhood in the central region of Los Angeles, California.
Historically it has been a center of Los Angeles’s Jewish community. It is known for its Farmer’s Market, the CBS Television City broadcasting center, and places to eat. Fairfax has one public and three private high schools.
Fairfax District is flanked on the north by West Hollywood, on the northeast by Hollywood, on the east by Hancock Park, on the south by Mid-Wilshire, on the west by Beverly Grove and on the northwest by West Hollywood.

The 2000 U.S. census counted 12,490 residents in the 1.23-square-mile Fairfax District—an average of 10,122 people per square mile, about the same population density as all of Los Angeles. In 2008, the city estimated that the population had increased to 13,360. The median age for residents was 33, a general average within Los Angeles. The percentage of residents aged 65 and older was among the county’s highest.

The median yearly household income in 2008 dollars was $65,938, average in comparison to the rest of Los Angeles. The average household size of two people was low for the city of Los Angeles. Renters occupied 71.5% of the housing stock, and house- or apartment owners 28.5%.

Fifty-four percent of Fairfax residents aged 25 and older had earned a four-year degree by 2000, a high figure for both the city and the county. The schools within Fairfax are as follows:

Since 1997, the Melrose Trading Post outdoor flea market has created opportunities for Fairfax High School and the surrounding neighborhood. Every Sunday 250+ local vendors, collectors, artisans, and artists gather in the parking lot on the corner of Melrose and Fairfax Avenues to celebrate the thriving community culture.
Food vendors and live music round out this weekly local event hosted by the Greenway Arts Alliance. Money raised by this nonprofit organization from the low-cost patron admission and vendor booth fees fuel a thriving arts education program on the FHS campus called, Institute for the Arts at Greenway.