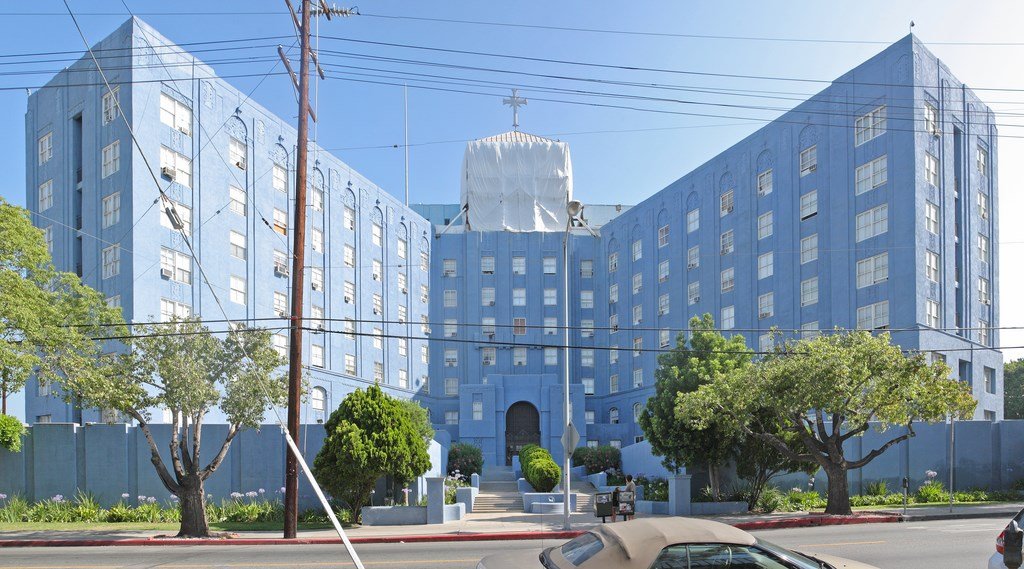 East Hollywood is a densely populated neighborhood of 78,000+ residents in the central region of Los Angeles, California. It is notable for being the site of Los Angeles City College, Barnsdall Park and a hospital district. There are seven public and five private schools, as well as a branch of the Los Angeles Public Library and three hospitals.
The 2000 U.S. census counted 73,967 residents in the 2.38-square-mile East Hollywood neighborhood—or 31,095 people per square mile, the third-highest population density in the city. In 2008, the city estimated that the population had increased to 78,192. In 2000 the median age for residents was 31, about average for city and county neighborhoods; the percentage of residents aged 19 to 34 was among the county’s highest.
The neighborhood was “moderately diverse” ethnically within Los Angeles, the statistics being Latino people, 60.4%; Asians, 15.5%; whites, 17.5%; blacks, 2.4%; and others, 4.1%. El Salvador (21.2%) and Mexico (20.1%) were the most common places of birth for the 66.5% of the residents who were born abroad—which was a high percentage compared to Los Angeles as a whole.
The median yearly household income in 2008 dollars was $29,927, considered low for the city, and high percentages of households earned $40,000 or less. Renters occupied 91.3% of the housing stock, and house- or apartment-owners held 8.7%. The average household size of three people was average for Los Angeles.
East Hollywood borders Los Feliz to the north and Silver Lake, about 4 miles from Downtown Los Angeles to the east. It also borders Wilshire Center to the south and Hollywood on the west.
East Hollywood includes the smaller communities of Thai Town, Little Armenia and Melrose Hill.
Thirteen percent of East Hollywood residents aged 25 and older had earned a four-year degree by 2000, an average figure for the city and the county, but the percentage of residents with less than a high school diploma was high for the county.
Schools within East Hollywood’s borders are: